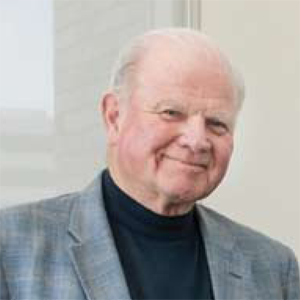 Ted has served as the Director of the Technology Transfer and Licensing Office (TTLO) at the University of Waterloo for over fourteen years from 1982 through 1996. Prior to joining the University of Waterloo, he spent 25 years in the Canadian chemical industry, completing his industrial career as President and General Manager of Chinook Chemicals Company. He was a co-founder of Chinook in 1966 and supervised the construction of Canada’s first methylamines plant at a “green field” site based on licensed-in technology. He has a degree in Chemical Engineering from the University of Toronto. He served 7 years as a member of the Board of Trustees of the Licensing Executives Society (LES) in the USA and Canada, was the Regional Vice President for Canada from 1999 to 2003 and has been an International Delegate and Committee Chair at LES International (LESI) meetings since 2000.  He also served 6 years on the board of the Licensing Foundation as Treasurer and was appointed Vice President in 2014.  He is a retired member of The Association of University Technology Managers (AUTM) and has been a plenary and workshop speaker at meetings of both organizations. In 1990/91, Ted served as Chair of the Canadian Section, Society of Chemical Industry and served ten years as Chair of the City of Waterloo’s Economic Development Committee.  He is currently the Chair of the Canadian Innovation Centre in Waterloo. He also sits on the Advisory boards of the University of Waterloo’s Conrad Centre for Business Entrepreneurship and Technology (CBET), the University of Toronto’s Chemical Engineering Department and the Conestoga College Institute of Technology’s International Business Management degree program. In 1996, he elected to accept an early retirement package offered at the University of Waterloo and sold his Chinook Chemicals equity position. He remains active in the areas of Intellectual Property Management and Licensing to both emerging and established companies through his consulting company; E.B. Cross & Company.