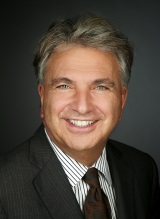 Born in 1954 in Guelph, Frank Valeriote is a lawyer and community leader who most recently served for 7 years as the Member of Parliament for Guelph. He graduated with Honors from the University of Western Ontario with a Bachelor’s Degree in Canadian History and Economics. He went on to earn a Law Degree from the University of Ottawa and was called to the Bar in 1981. Frank co-founded the law firm of SmithValeriote LLP, where he served as a senior partner until his election. Frank has been very active in the community for over 35 years, serving on the Catholic School Board, including several years as Chair, Board of the Alzheimer’s Society of Guelph Wellington, St. Joseph’s Health Foundation, Guelph and Wellington Housing Authority, Guelph-Wellington Women in Crisis and co-founder and first chair of the Committee Against Family Violence.   Frank also worked hard to mentor new entrepreneurs start their business and promote investment while a board member and Chair of the Guelph Wellington Business Enterprise Centre. Frank was first elected as the Member of Parliament for Guelph on October 14th, 2008 and again on May 2nd, 2011 until October 2015. Frank served on the Liberal Party of Canada leadership team in his role as Deputy Whip, Critic for Veterans Affairs and Vice Chair of the Standing Committee on Veterans Affairs, Critic for Agriculture, Agri-Food & Rural Affairs and was Vice-Chair of the Standing Committee on Agriculture and Agri-Food. He co-founded the Parliamentary Committee on Palliative and Compassionate Care and co-authored a Parliamentary Report known as “Not To Be Forgotten” dealing with end of life issues, suicide prevention and elder abuse.  He also served as the Chair of the Liberal Automotive Caucus. Frank lives in Guelph and has two loving children, Olivia and Domenic whom he adores